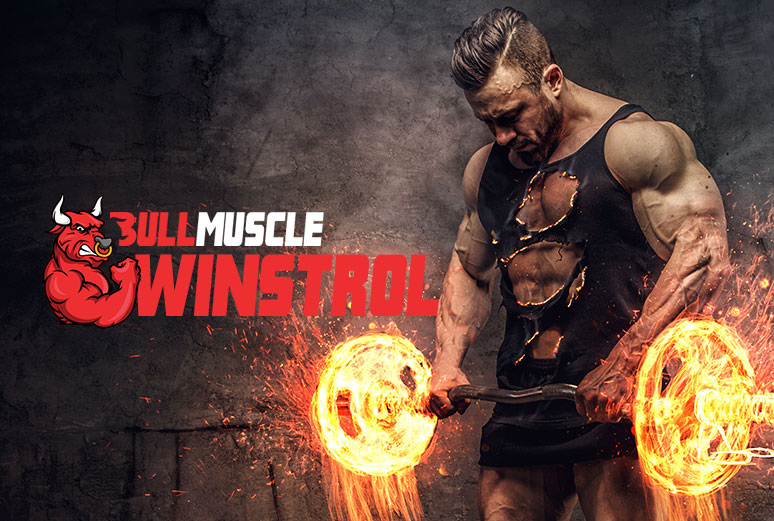 As one of the staples of the golden era of bodybuilding, Stanozolol was one of the first oral steroids that we used.

And we were so impressed by it, that we continued to use it in every single steroid cycle that we did, until we discovered other orals that were equally good.

But we are surprised at how it is trashed these days on messaging boards as being ineffective or too toxic.

That’s a healthy mix of bro-science and rehashed, second-hand information that should be taken with a pinch of salt.

Stanozolol is a very powerful anabolic steroid that if used correctly, will give you some terrific lean muscle gains.

It is neither ineffective nor toxic. Just like other anabolics, you must know how to use it responsibly and it will give you great results.

Here’s a brief FAQ that presents the pros, cons of Winny and also debunks some myths in the process.

Winstrol or Stanozolol is a DHT-derived anabolic steroid that is available in a 17-alpha-alkykated oral form or an aqueous injectable form.

It is used by professional bodybuilders for its muscle-hardening effects which are beneficial in pre-contest preps.

But it is also very effective in an athletic setting where an athlete seeks an increase in strength and endurance without a dramatic increase in size.

The most (in)famous example being Ben Johnson who possibly used an injectable version of Winstrol to amp his speed and strength during the Olympics to beat the crowd favorite, Carl Lewis.

Ben is not the only athlete considered guilty of juicing on Winny though. A lot of basketball players were later alleged to have been doping with Winstrol.

And it wouldn’t surprise us at all if half of the guys in MMA are on Winny.

What are the benefits of Winstrol?

We already mentioned about the muscle-hardening effects of Winny. Let’s talk about the other reasons why you might want to consider doing a Winstrol cycle.

Winstrol is one of the only steroids that will increase your strength pretty dramatically without bulking you up like a water balloon. A lot of people don’t find this appealing. Where’s the fun if you can’t look swole while gaining strength? But that’s precisely the reason why it’s so popular. It allows athletes to gain the strength without attracting too much attention. If you are an MMA fighter looking to train 2x harder, Winstrol can give you the strength you seek without making you look like a professional bodybuilder.

Stanozolol is still used for treating anemia in many countries. And it works by increasing the production of RBC in the blood. This, in turn increases oxygenation in the muscles and allows an athlete to train longer without getting worn out. An unrelated positive effect of this is that the more you train a muscle, the bigger and stronger it gets.

Stanozolol produces what’s commonly called ‘Aesthetic’ muscle these days. There’s absolutely no water retention during the cycle which makes it very appealing for fitness models and women. This is why it is added as a drying compound to other mass building steroid stacks which are guilty of creating wet gains.

When your muscles dry out, you automatically start to look more vascular. The veins will start to pop out of your muscle. And the pumps will last all day. Some people also drop their body fat during a Winny cycle. But it’s unclear if it helps burn fat. The only possible way in which it might boost fat loss is because it’s a DHT-based steroid and a powerful androgen.

What are the side effects of Winstrol?

Anyone who tries to tell you that Winstrol is a safe compound is either misinformed or knows nothing about it.

Winstrol, in either forms, is a very powerful compound that can cause some serious sides.

Winstrol is suppressive. But it also crushes SHBG, which in turn can completely trash your libido during the cycle. Another reason to consider running it with a low dose of Testosterone or at least using ancillaries to keep your gonads pumping and to keep you active between the legs.

Liver toxicity with oral steroids is always exaggerated. As long as you aren’t using alcohol and are taking your liver supplements, you should be able to complete a cycle without too many problems. We recommend N2 Guard along with Ala and Milk Thistle for on-cycle support.

Winstrol tends to dry out your muscles and tendons. This is individualistic though. Some people get incredibly painful muscle cramps that make it impossible for them to even lift a lightweight dumbbell. Supplementation with fish oil and glucosamine is said to reduce this a bit. But if the cramps hit you, then you might find it difficult to continue with the cycle. Just taper it off and discontinue usage. A workaround is to club it with Deca.

As is the case with any oral AAS, Winstrol is particularly harsh on your lipids. Not only does it reduce HDL, it increases LDL and triglycerides. However, dyslipidemia caused due to steroid use is reversible once you discontinue the usage. Also, using ancilliaries helps control the damage to an extent. You can also use SR9009 or Stenabolic, a rev-erb agonist that helps reduce LDL and triglyceride levels.

If you are prone to androgenic side effects, then it’s best if you look for an alternative for Winny. Cause the acne and the oily skin can be too difficult to manage. Not to mention the hair loss, especially if you have the male pattern baldness gene. You will be losing it in clumps.

Both orals and injectable versions are usually run at 40-50mg/ED for 6-8 weeks.

Advantage of the oral version is that it’s easier to use. The aqueous solution is incredibly painful. If you thought that oily injections, like Test-Cyp were painful, then wait till you try this.

If you can live through the pain, then the effects of the injectable will be felt much faster.

We don’t believe that it helps you bypass the liver toxicity though.

Another one of those eternal debates that has no conclusive answer.

Both are very different compounds. And your choice should depend on what your goal is and what compound works for you.

Winstrol will be the better of the two if you are looking for more strength along with a more natural aesthetic finish. A hint of veins, just the right amount of hardness to the muscle.

Masteron is a different beast altogether. You will look absolutely ripped and striated on it. That’s not a look that many people, except hardcore bodybuilders like. But again, that’s subjective.

You might like Mast a lot more than Winny. It totally depends on your goals and how the compound treats you.