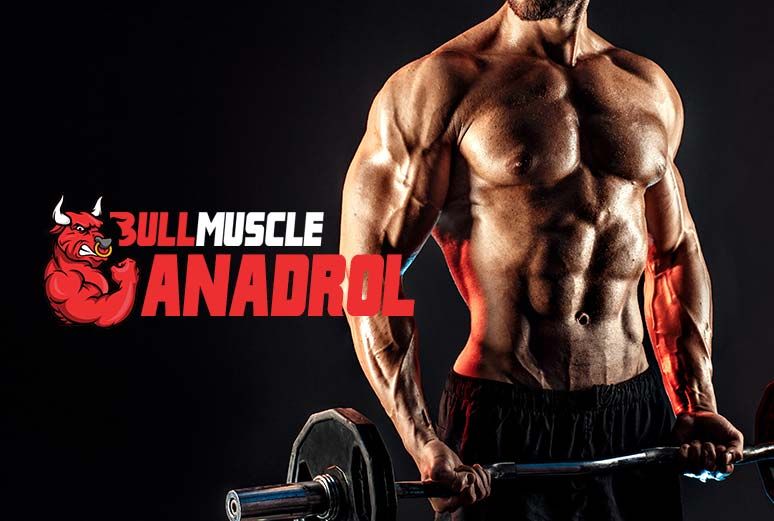 There’s only one anabolic steroid that comes close to Dianabol in building muscle mass fast.That’s Anadrol or the A-Bomb.

Unlike Dianabol though, Anadrol surprisingly, has very few takers these days.

That’s cause it is notorious for causing skull-crushing headaches even at relatively low doses. At least that’s what you get to read on messaging boards.

That’s both surprising and a shame as well.

Surprising because Anadrol has been used in HIV patients at doses as high as 150mg/day for really long periods. It was tolerated exceptionally well with only one or two of the participants reporting side effects.

And it’s a shame because gram by gram, Anadrol can be more effective than Dianabol if it works for you.

In fact, bodybuilders who use Anadrol rarely use Dianabol and vice-a-versa.

Well, there’s only one way to know if it will work for you. Try it.

If you have been wondering how to run a clean Anadrol cycle while minimizing the side effects, then this brief guide will show you the basics.

Anadrol or the A-Bomb or A50, call it whatever you like, is a DHT-derived, oral anabolic steroid that was used for treating a variety of conditions like muscle wasting, sudden weight loss and lack of appetite in terminally ill patients.

The DHT hormone is structurally altered at two positions to create Oxymetholone or Anadrol, one of the most anabolic hormones of all times, which has very low androgenicity.

Along with Dianabol, it is considered as one of the best anabolic steroids for strength and muscle mass, two traits that are very desirable for bodybuilders, gym rats as well as for powerlifters.

In the Original Underground Steroid Handbook, which is considered to be the Holy Grail of Anabolic steroids by a lot of people, Dan Duchaine recommends Anadrol as one of his favorite steroids.

In fact, he mentions that he uses it at insanely high doses with zero problems whatsoever.

The question is, can you?

What are the effects of Anadrol?

Anadrol has a bountiful of positive effects for athletes and bodybuilders. But if we were to sum it up in just three words, it would be strength, recovery and mass.

This stuff will make you stronger than you’ve ever been. If you are looking at an untested powerlifting competition, this should definitely be in your stack.

The dramatic strength gains are accompanied by a rapid increase in muscle glycogen which makes your body retain water.

You can however minimize a lot of the bloat with a proper diet, supplement and ancillary drugs.

In fact, there are some users who react very well to Anadrol and it helps them gain, rock hard muscle with a very Winstrol-like effect.

If you are one of those lucky ones, we doubt you’ll ever let go of this compound. You’ll want to run it for as long as you are on steroids.

What is the right Anadrol dosage?

There’s no one-size fits all.

You might react very differently to Adrol than us.

For us, it’s a terrific compound for the above mentioned reasons. But we have a general feeling of malaise all through the cycle. Also, even a milligram above 50mg/day makes us BP shoot off into orbit.

We prefer Dbol over Anadrol any day.

But one of our workout buddies who’s a Pro bodybuilder cannot even touch Dbol with a barge pole. It makes him balloon up.

On Anadrol though, he feels like a demi god. He has crazy muscle pumps, unbelievable strength gains and he can gain 18-20 lbs. of muscle with very little bloat. He can run 125mg/day without batting an eyelid.

His BP stays stable too.

All said and done, start with the lowest possible dose, which in this case is 25mg/day. That’s a dose as good as any.

Watch out for two things.

If you can tolerate the 25mg/day dose with no problems, bump it up to 50mg/day for the next cycle.

We wouldn’t recommend going beyond 50mg/day. But if you want to try it, just for kicks, go for 75mg/day in future cycles.

Anadrol is definitely a compound that you can run solo and make decent gains with.

But, the purpose of every anabolic steroid cycle should be to make near-permanent gains that can be retained when you come off the compound.

If you use Anadrol solo, chances are that you’ll lose most of what you’ll gain.

You can run it with Testosterone as a base. But that will be two compounds that can make you hold water. You better watch out for BP sides.

Some people run it with low dose Test and a mid-level dose of Trenbolone, which can produce some crazy results. It goes without saying that you should not even be attempting this cycle unless you have a couple of years of AAS experience at least.

Depending on your goals, it is highly recommended that you cut down on your carb intake. Nothing too extreme. But just limit the amount of carbs you consume if you are looking for dry gains.

TUDCA at 500mg every day should suffice for liver support. You’ll most likely need Ralox to prevent the estrogenic sides. But you’ll want to watch the dose to ensure that you don’t crash your E2 completely.